This year (2005) the AGM included invited speakers from each of the specialist groups and a lecture by the recipient of the Charles Downie Award.

Honorary Membership was confered on Prof John Murray and following the lectures, members of the Society were invited to a wine reception in the South Cloisters, generously sponsored by PetroStrat Ltd.

The digital meeting will be spread over three sessions:

Talks and posters about ICDP and joint IODP-ICDP science are very welcome. PhD Students and Early Career Researchers are particularly encouraged to submit abstracts. Prizes will be available for students hosted at UK research institutions

For more details about this event and how to register, click here.

The International Nannoplankton Association (INA) is happy to announce NannoTalks Volume 2, starting Monday 19th April at 15:00 UTC. Tune in to our transmission on YouTube at

Our first talk will be the Role of silicon in the development of complex crystal shapes in coccolithophores by Gerald Langer. The development of calcification by the coccolithophores had a profound impact on ocean carbon cycling, but the evolutionary steps leading to the formation of these complex biomineralized structures are not clear. Advanced microscopic studies help to understand how these tiny microorganisms calcify and how some coccolithophore species recruit silicon for crystal morphogenesis.

This is the rescheduled event – hopefully you can still make it. 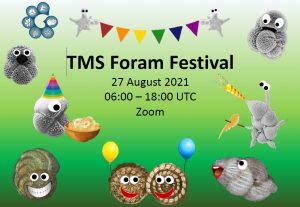 We are delighted to invite you to the TMS Foraminifera Festival: a virtual foram-themed day of talks and posters on Friday 27th August, 06:00-16:30 UTC taking place on Zoom. The Festival features four sessions of talks (15 min) and posters, each convened by a group of 4-5 early career researchers.

The TMS Annual General Conference will be held online in Prague on 18 and 19 November 2021. 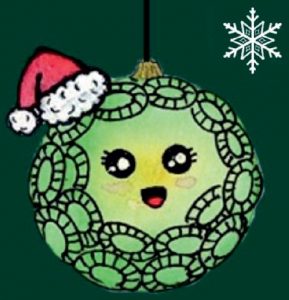